Will resumes be relegated to the rubbish pile in years to come?

HomeMining EmploymentWill resumes be relegated to the rubbish pile in years to come? 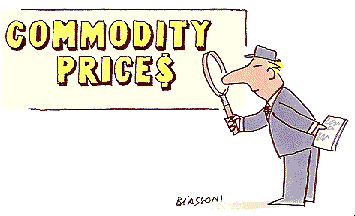 Will resumes be relegated to the rubbish pile in years to come? < >

Hello and welcome to the first blog for 2016…

I spent some time over the break reviewing research from the US on job search techniques and one of the topics was resumes and the question; will resumes be relegated to the rubbish pile in years to come? Having considered this with some colleagues and friends from the industry, this is what I have come up with.
With the development of websites such as LinkedIn and Seek, where you can save a profile and work history, will it be necessary to have an actual resume in the future? I would say at the moment, most definitely, as these types of sites currently require that the hiring manager or recruiter find you. And let’s face it, most companies would prefer that people like you and I apply to them, it makes their job so much easier…..
However, with the current developments in online search options being introduced by most online networks and some recruiters already using them, it is very likely in the future, that companies will be able to quickly and easily search multiple social media and job ad websites using key words from a job description and send out an advert directly to suitable people for their vacancy. This won’t be without its pitfalls though, as there are significant costs and limits to their capability. So in the meantime, my advice – keep working on developing your resume to a level where it makes across the hiring manager’s desk. 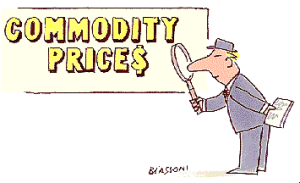 In recent weeks, there has been a lot written about the commodity prices, how the mining industry is not out of the woods yet, how some sites are running at a loss, the list goes on. I know for certain in Australia, the last 10 years was unsustainable, even at record high commodity prices. Some sites were struggling to break even because of the high operational costs with record wage levels required to attract people, let alone considering the high cost of consumables and services. Yes we are in a downturn, but mining is cyclical. I thought this time of year was a time to reflect on when the market has turned quickly and the industry has again been moving ahead, (if we don’t count the last 10 years). Between the years 1978 and early 1980, the price of Gold rose from $US165 – $US850. This rapid increase resulted in significant investment in the industry in Australia. And there are some good signs within the industry already as these articles here indicate;

Some Mining Facts and Stats for you all 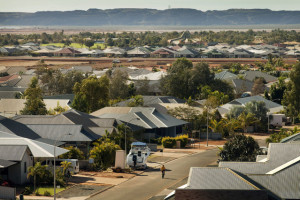 What is it like working on a mine? I was recently asked this question by a group of high school students contemplating a career in mining.
Remembering everyone has a different experience on site, I felt it important to give a balanced and age relevant reply. My time in mining has given me some of the best times of my life; I’ve made lifelong friends, been able to put significant sums into super for retirement, buy a house and travel.
On the flipside, there were times when I missed major milestone birthdays of friends and family, spent Christmas Day working 12 hours on site when most people were with their family and had to give up pre-purchased concert tickets because something had gone wrong on site and I had to stay and help with an investigation.
There have also been times when we were stuck on site as a cyclone had come through and the airstrip and roads were closed for 3-4 days. While mining does afford a lot of opportunity to ‘get ahead’ it needs to be done with the idea that this income and lifestyle will not last forever.

How I got my start – A story from one of my ‘old’ industry connections
“I got my start from a friend of a friend and started as a trade’s assistant on a mine site 150km north of Meekatharra in WA. The job was a very low level but I got the opportunity to work with a range of trades’ people including fitters, boiler makers and electricians.
As this site wound down, I went back to a Perth job but soon go sick of that so started back in Mining with a contractor at Shay Gap, a small town that no longer exists in the Pilbara region of WA. From this position I had an eight year association with this mining contractor that allowed me to travel overseas for two years (during which time I met my wife).
I had an awesome time and enjoyed every one my various roles, which included Plant Operator, Process Plant Shift Supervisor, Blast Hole Driller and Shot Firer. Plus I studied to get my Restricted Quarry Managers ticket.
This experience has led to a management position working for a mining services company in Perth, so you never know where mining will lead you.”