Jobs in mining are still out there.

I read a few months back, that according to the Australian Government Department of Employment, the numbers of jobs in the mining industry are going to decrease over the 5 years from Nov 2014 to Nov 2019. But, this was always going to occur as the industry has gone through a big change with large construction projects like Roy Hill, FMG’s Christmas Creek and Gorgon to name a few. All these projects needed lots of numbers of people to build, but will need far less people once they are up and running.
What does this mean for people like you who want to get into the mining industry?
There are still jobs available, but you need to be prepared to put the effort in to finding them.

A small number of people get lucky and land a role quickly, but for most, it’s about getting organised, setting some goals and learning new skills and maybe even a qualification.
Some of the things you may like to consider are;

• What do you actually know about the roles available in the mining industry?
• How prepared are you for the job hunt?
• What skills do you have that you can use in the mining industry?
• What is going to set you apart from other people applying for the same roles you are?
• Are you willing to move to an area where there may be more jobs than people?
• Are you willing to complete additional training?

Some of the information is available on the Minedex website and in an upcoming webinar some of these questions will be discussed in more detail.

In the latest unemployment numbers produced by Australia Bureau of Statistics, is seems unemployment has dropped below 6%, for the second time in 18 months. Of course this is seasonally adjusted and a number of commentators have provided some food for thought as per this article.

• The mining industry employs close to 190,000 people across Australia? 63.1% of these people have attained a Certificate III or higher. Although this could also be viewed that almost 40% actually never did any further study once they left high school…these numbers definitely show that the Mining Industry is one that provides opportunities across all skill and education levels.

• The Australian States with the highest mining employee populations are Western Australia and Queensland.

Does this then mean, if you’re a male aged 25 – 44, living in WA or QLD, with a Certificate III or better, your odds of getting a job in mining are increased? Maybe, maybe not, as the horse with the best odds doesn’t always win the Melbourne Cup…Well in 2015 this certainly wasn’t the case. 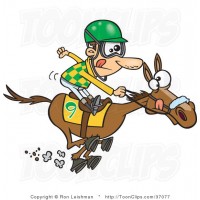 People, Places and Lifestyle of Mining:

Evolution Mining is certainly a success story of the Australian mining Industry in recent times. Evolution was created in late 2011, with a merger of Catalpa Resources Ltd and Conquest Mining Ltd and the concurrent acquisition of Newcrest’s interests in the Cracow and Mt Rawdon mines in Queensland. The Company has continued to grow through acquisition, completing the acquisition of Cowal in July 2015 and Mungari in August 2015 and the company was recently recognised for this amazing growth story….

Next time around, read about some other success stories, of how some of my old mates from my site days got their start and where it has taken them.