Who is the team behind Minedex? 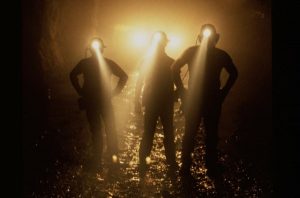 A few years ago, we recognised a need for FREE quality information to help people get a start in the mining industry. There were (and still are) a lot of companies over promising and underachieving in their commitment to helping people like you get into the industry. Over a few drinks in 2015, we decided to do something about it. That’s when Minedex was born.

Gail’s mining heritage dates way back. She grew up in a mining town, so our resident blogger’s earliest memories are of sliding down ‘slime’ dumps in Kalgoorlie. Gail started in the mining and resources industry last century – working FIFO, Residential and DIDO roles in WA – before embarking on a recruitment career this century tallying more than 15 years. Now living in Perth with her menagerie, Gail ensures our content is up to date and shares her experiences, knowledge and insights into how to get a start for a career in mining.

Having grown up in Newcastle coal country, it was only natural that Shane would end up in a role within the mining and resources sector. Shane has been a part of the industry for more than 20 years, working in several states of Australia in support and service roles in underground metalliferous and coal operations. Now living in the heart of the Goldfields, he has fantastic real-life experiences and fantastic knowledge of entry-level roles and is a key contributor to Minedex.

Brad is our mining ‘jack-of-all-trades.’ He has been everything from a Trade Assistant through to a Blast Hole Driller and a Shotfirer. He even gave processing a shot for a while and was a part of his site’s Emergency Response Team. Brad’s father is also in the industry so Brad has been in or around the mining and resources sector his entire life, including time on small, remote sites during his childhood. With his diversity of experience, exceptional industry knowledge and industry connections, Brad is a major contributor to Minedex.