The mineral pyrite, or iron pyrite, is known as ‘Fool’s Gold’ and is an iron sulphide. The mineral has a metallic lustre and a pale brass yellow hue, which gives it a superficial resemblance to gold. Fool’s Gold is sometimes found in association with small quantities of actual Gold.  And many a person over the years have been ‘fooled’ into parting with cash or goods in exchange for a worthless ‘nugget.’ 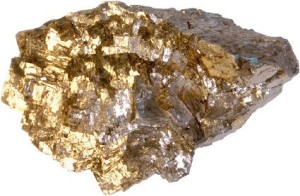 How to tell the difference? Gold when wet will still be golden in the shade, whereas pyrite lacks lustre. The other option is stick a pin in, (as the majority of the time, pyrite is brittle and will split, and Gold in nugget form will not) There are other scientific tests to do, but for now, this will help you from being fooled this Aprils Fools Day. 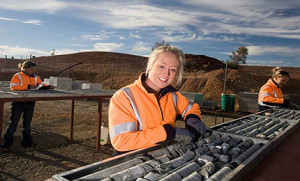 There are few underground roles open to inexperienced people and this is usually for safety reasons as nearly all companies prefer people to have some site safety knowledge and skills before heading into an underground role.

Within the processing plant, the following roles are potential opportunities for entry-level personnel:

Day Crew Labourer – In this position, duties include general cleaning or ‘housekeeping’ which is not sweeping and mopping and rather involves shovelling spillage from the crushing circuit & hosing up spillages around the process plant. Other tasks include general labouring, assisting operations personnel and sometimes operating small mobile equipment depending on qualifications.

Trades Assistant or Labourer – These guys usually work with the Fitters and Mechanics and assist them with general maintenance and repairs either on mobile equipment or around the process plant. Duties can include carrying tools, parts, etc for the Tradesperson, assisting with small maintenance tasks, topping up oil, grease and any other duties that don’t need a trade qualification.

Cleaner – As a Cleaner working at the village, this role is responsible for cleaning rooms, bathrooms and laundry and ablution facilities used by the mine site employees. This includes changing linen, (in some places also washing), cleaning common rooms like the gym and other recreation rooms.

Kitchen Hand – Working alongside the chefs, this role does everything the chefs do not. Washing dishes, setting up the dining room, general cleaning, emptying rubbish bins through to unloading delivery trucks. It can also include some basic food preparation assistance. The shifts are usually split, and involve early starts and late finishes.

Bus Driver – In many operations, the village is located away from the mine site itself and workers are transported to and from site in buses. This is usually a duty assigned to the village management but in some instances, it can be possible for a person with a suitable licence and clean driving record to secure a role as a Bus Driver on site. Usually this role is only part of a person’s duties on site.

Administration Roles – These range from Accounts through to Admin Support for each of the departments on site and generally people with good work history in general administration and strong computing skills are more easily able to access ‘entry level’ roles in mining. 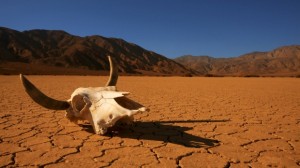 This week on our Facebook Page  we posted an article about the current economy, its  challenges and why so many Australian men are losing their jobs. Work is changing and we need to change with it. In case you missed it, here is the link.

Why WA Men are losing their jobs

This week, I read an article about the 2014 Mentally Healthy Workplace Alliance report prepared by Price Waterhouse Coopers. They found the return on investment for mental health programs was $2.30 for every dollar invested. Workplaces reported lower absenteeism, improved productivity and lower turnover.  Not sure about your thoughts, but to me, it seems a no brainer for companies looking to reduces costs in the current market. By investing in your people, you can cut absenteeism, increase productivity then surely this is an investment worth making.

After 3 years and no pay rise and at the age of 20, I thought there surely had to be more than 40 hours work a week and living pay to pay.

Living in Perth during the early 2000’s, the mining industry had more roles than they had people and with my role I knew a few of the companies, although no one at them. I applied to about 30 different companies, one being an assay service provider and was given a start on one of their FIFO operations in the Pilbara as a trainee.

Little did I know how tough manual labour, 12 hour shifts and working 4 weeks straight were. I soon learnt and of course the pay packet at the end of the month certainly made up for the time away from home.

After 3 years I decided to move to the Pilbara as the company was seeking to change to 50% FIFO and 50% reside workforce and I was keen to keep my role.

I am no longer in the industry, but I went from working in laboratories through to working in the control room for a large iron ore producer monitoring shipping and train schedules.

*Check out our new Facebook page when next on line and make sure you like the page, as we will be posting articles there and alerting you to any trainee roles we come across.