Our take on the mining industry. 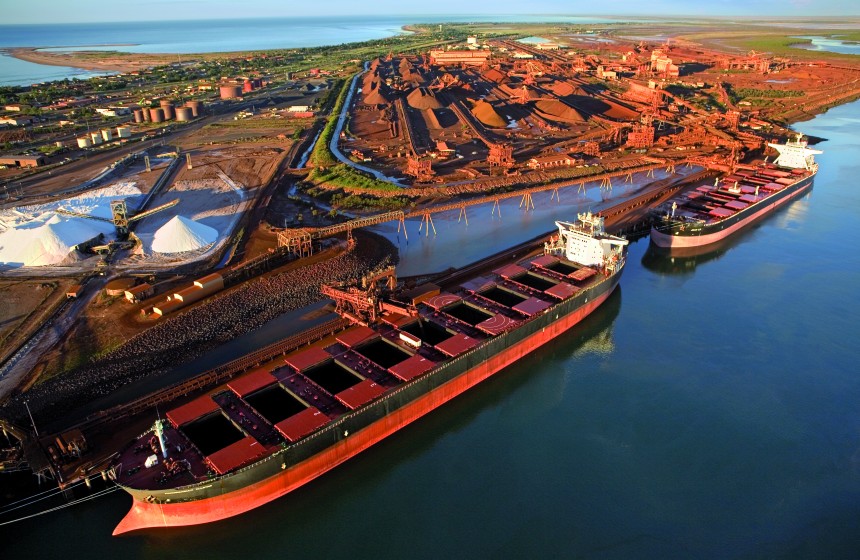 Our take on the mining industry. < >

During the federal election campaign, much was said about the required transition to shift away from the ‘reliance’ on the mining industry and to move to a multi-tiered economy. I found this ironic as the first quarter of 2016 (with low iron ore prices) the GDP peaked at an all-time high since records began back in 1974. Yep, our under-performing industry hit a peak this year, a time when so many are quick to play down the contribution of mining to the Australian economy. 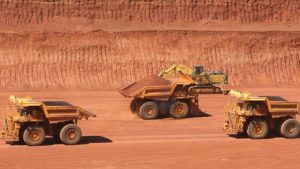 Remembering I am not a financial whiz and generally get my ideas from articles and opinion pieces on line, but I don’t actually think the mining industry is tanking. I know Australia needs other industries to improve, but few politicians seemed to be willing to talk up the mining industry.  Perhaps the rhetoric has been an easy blame game for the politicians? If people think there is no money from mining, they can justify the countries huge deficit…?

Want to read more, check out the graph here. 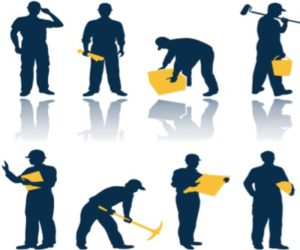 Through till 2020, mining employment is expected to fall by 14.1%, after a decline of 16.9% in the past 2 years (see below graph). Although, the fall over the past 2 years was off the back of record construction levels AND recently companies have had to cut costs and reduce employee numbers.

But how accurate is this and what are some of the things that may improve the job outlook in Australia?

As you can see from the below graph, while employment in the industry is set to decline, there is still almost 200,000 people directly employed in the industry. Competition for roles will remain strong, but opportunities will present. 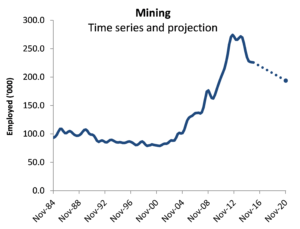 School and I were never a great mix and I left as soon as I could at the end of year 10. Looking back, if it had of been a ‘thing’ in my day, I would have been diagnosed with some form of attention disorder. But this was the late 80’s and the world was a different place. I started working as a Labourer for a construction company, then for the next 15 years I switched between working and travelling. I got to see a lot of Australia and the world, but in my early 30’s it was time to ‘grow up.’ I arrived back in Perth in the summer of 2002 (and in hindsight was probably the best time to come back). I didn’t have a great employment history as I hadn’t held a single job for more than 12 months and I had, at best, 2 referees and minimal qualifications to my name and I had not kept in contact with anyone aside from my family while away.

I was just one of many looking for work that summer.  But in 2003, commodity prices began to rise and the resources industry began gaining pace. Mining had never been something I considered, but the rosters and lifestyle suited my lifestyle so I wanted in. I must have applied to over 200 roles in the first 6 months, completed a MARCSTA, MWHS, HR Drivers Licence, various tickets for shutdowns and still was only getting part time work. In July that year, I was offered a 7 day shutdown in the Goldfields. While there, I was able to obtain the name of one of the managers, asked if I could send my CV through and was finally offered a 3 month trial role as a Day Crew Labourer. Since then I have worked my way through several levels, completed several training courses and am now a Site Services Superintendent.